Gay destinations emerge where there is a gay infrastructure. The best example is Gran Canaria. The density of gay bars, gay restaurants, gay beaches and gay discos is enormous. That’s why many people go there and not to the other Canary Islands. People like to be among themselves and love the closeness of other gays. Gays want to show openly that they are gay and go there where you can party, relax and discover the country without fear of rejection or even persecution.

Gran Canaria – one of the most popular gay hotspots in Europe. Here you can find everything a gay heart desires: bars, discos, great beaches and many gay events. In addition, warm all year round and therefore a destination for the whole year. Around Playa del Inglés and Maspalomas a lively gay scene has developed over many years. The most important event of the year is without the carnival, which is celebrated intensively in February and March in Las Palmas de Gran Canaria and Maspalomas.

Mykonos – small, fine, expensive. Mykonos is cosmopolitan, friendly and tolerant. Gays and lesbians from all over the world feel comfortable here. The most famous gay beach is Super Paradise Beach.

Sitges – Since the 60s, Sitges has been inseparably linked with one attribute: gay. Summer, sun, chilling on the beach. There are also many bars and discos here, but here swimming together or chilling on the beach is the absolute hit. Famous and notorious is the four-day gay carnival…

Ibiza must be experienced – party all the time – legendary, huge, gigantic, awesome. And so many handsome men…

Barcelona – the gay world meets here and is one of the most popular hotspots in Europe. 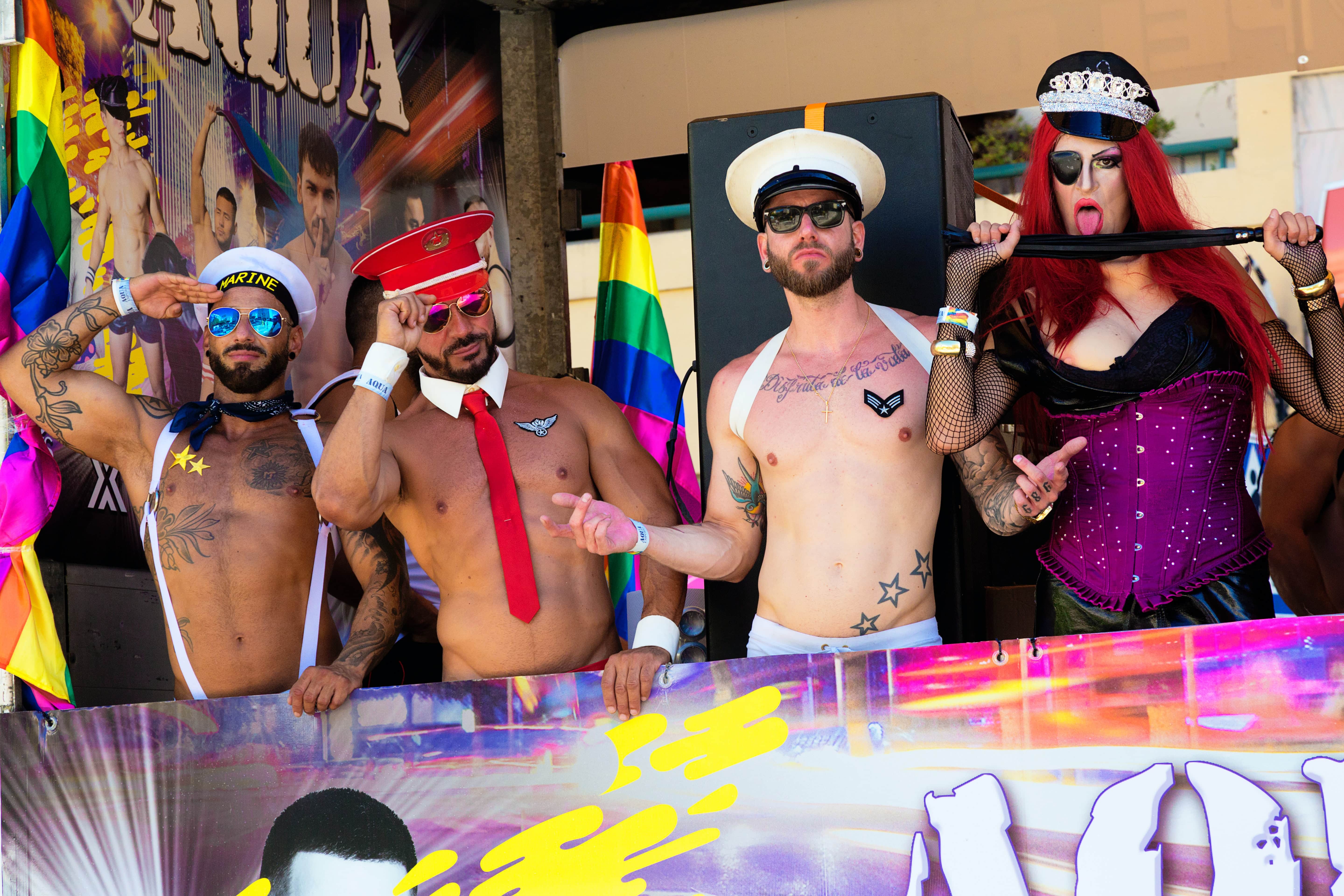 Cape Town – get out of winter and head to this gay metropolis. Cape Town is tolerant and party-ready.

Tel Aviv – Tastes differ, but Israeli men are simply mega. Tel Aviv is considered the “gay capital of the Middle East,” according to Out magazine, and was named one of the most gay-friendly cities in the world in 2011. Plus a mega beach, great events, perfect for a relaxing vacation.

Miami – Gay Hotspot on the US East Coast

Rio – Rio’s Copacabana and Ipanema beaches are world famous, plus probably the most beautiful men in the world.

Montevideo – Uruguay is a country where homosexuality has been legalized since 1934 and is therefore cosmopolitan and tolerant. Stronghold for party: Montevideo