The idea to use nail polish as a man is not new.

If we men have now discovered make-up, eyeliner, concealer and so on, painted nails are still very unfamiliar.

But it’s not that new: fashion designer Gianni Versace sent his young male models down the catwalk with miniskirts, bright red lips and nail polish as early as 1994. Yes, everyone says, he’s allowed to do that.

30 years later, painted nails are now very trendy among urban young men or male influencers and can be seen more and more in the social media. One or the other actor has also been spotted with nail polish on the red carpet. Another celebrity: Virgil Abloh, creative director of Louis Vuitton Men, likes to present his painted nails on his Instagram feed. 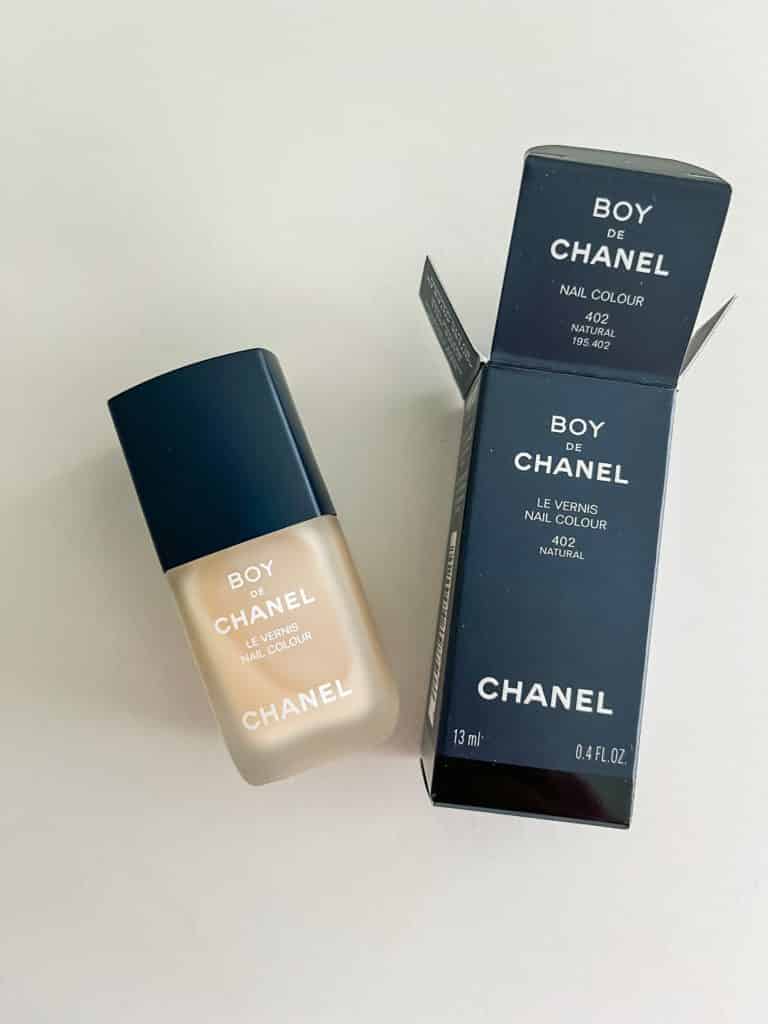 But what is it like to paint your nails? A self-experiment

Which nail polish should you use? I remember that Chanel has launched a new line of cosmetics for men: Boy de Chanel. In the range two nail polishes: in nude/natural and in black.
As a newbie, I take to nude, one does not want it immediately overdone. So into the Internet: searched, ordered and delivered in 2 days (I love Chanel!).

So the little sinfully expensive bottle is there and how do you do it now? I can wallpaper and paint, why not also the nails….
Conclusion after 5 minutes: full off, the first attempt goes in the pants.

Luckily I have nail polish remover in the house (for whatever reason) and can easily remove the first attempt.

So I let myself explain it on Youtube from professionals. After a few minutes I realize that I have forgotten some important utensils: a primer, a clear coat as a finish – no matter.

Practice makes perfect and the nude nail polish is almost invisible.  The nails are now mirror-smooth and shine beautifully. So quite suitable for everyday use and inconspicuous.

Whether I dare to another color? No idea, one will see. I only see that it is a crazy effort.

What do you think of nail polish for men?